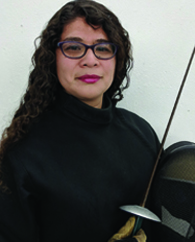 Coach Erika Retamal Velarde was born in Lima, Peru.  She is an attorney and a three weapon (Foil, Sabre and Epee) fencing coach at Harvard-Westlake School (2014-current).  She came to Los Angeles in 2007 and received her US Citizenship in 2012.

Coach Erika has been involved in fencing for more than thirty years.

For the past eleven years, Erika has taught fencing at private schools, recreation centers and summer camps.

All of her students have won trophies and medals in fencing tournaments.

Coach Erika works hard to prepare every student to be the best that they can be.